Major awards and certifications are below:

KIDS was awarded a cluster project in 2001 under Ambedkar Hastshilp Vikas Yojana( AHVY), DC( Handicrafts) for the enhancement of screw pine craft at Kodungallur.

In recognition of the remarkable achievements of Kodungallur screw pine cluster, KIDS was awarded the Resource Centre for Natural Fibre Crafts, as part of the 1th Five year plan of India.

The screw pine craft of Kerala, under the effort and hard work by KIDS, got registered under Geographical Indication Registry.

5) KIDS has been recognised by Fair Trade Forum-India ( FTF-I),New Delhi.

6) KIDS was honoured by the Government of Kerala for its remarkable services among the Differently Abled.

7) KIDS was honoured as a Skill Training Institute of Kudumbashree Mission, Government of Kerala.

KIDS has been recognized by Fair Trade Forum - India (FTF-I), New Delhi as a registered agency for Fair Trade Organization.

We are also in the process of getting registered under the World Fair Trade Organization (WFTO). 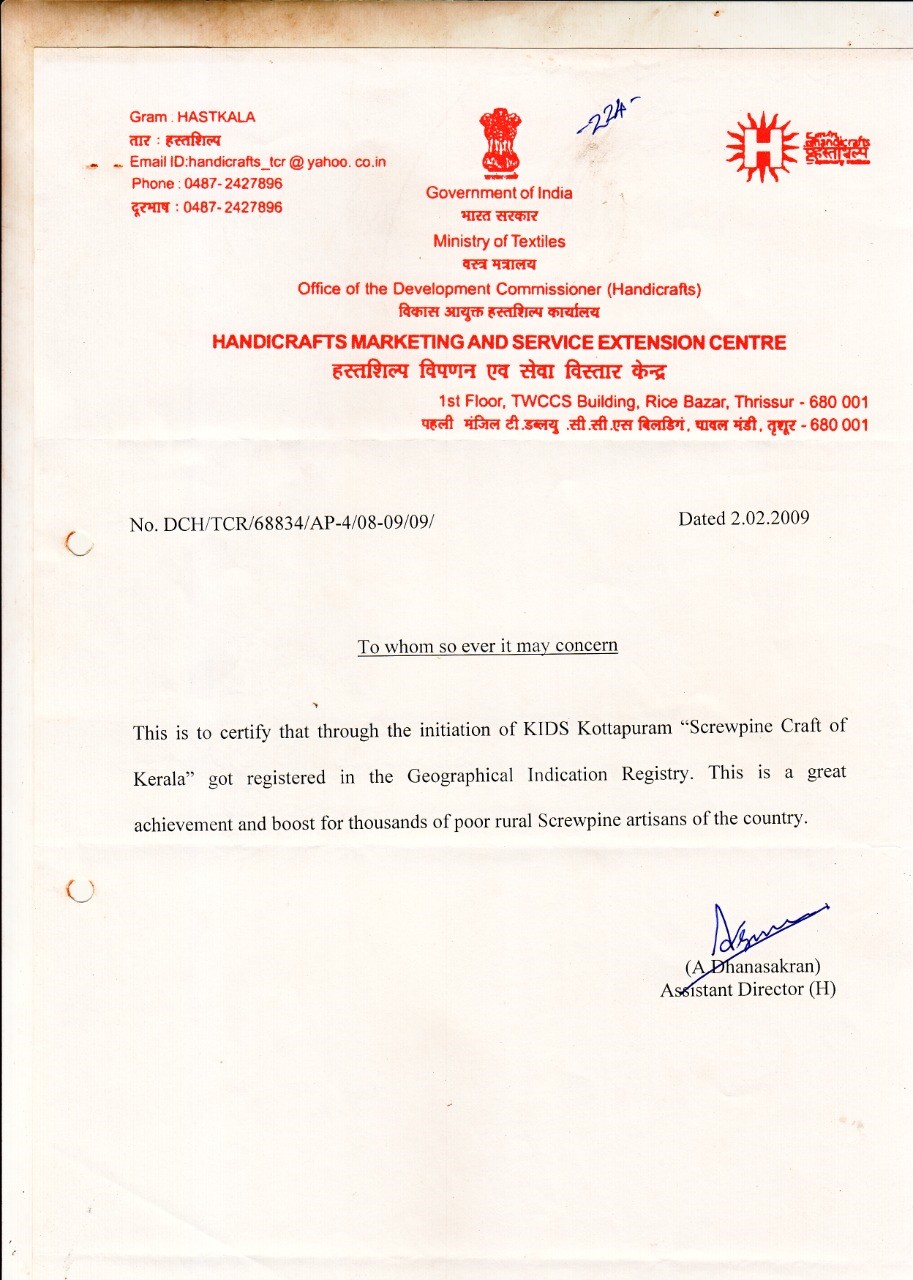